**To start from the beginning, go to From the Case Files of Inspector Khazarian Rovas 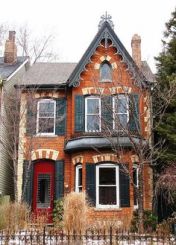 Darkness does not have to wait for the sun to set. There are too many examples of atrocities we, humans, have done and continue to do unto others. Something beautiful can mask wickedness. It does not have to be outwardly frightening to house evil.

Judge Ackerman had owed Inspector Rovas a large favor. A case involving some questionable people, drugs, and his daughter seemed to leave his daughter unmentioned went put into the data base. Rovas knew he was bending the rules: breaking rules, more like it. But, the girl was on the outside looking in. She just got caught with her head through the window. She’s remained scandal  clean since then.

Feeling uncomfortable, the judge was reluctant to issue a warrant to search the house and property of John Peters. Speaking to Gil, but Rovas knew it was directed to him: “You know these photos will not be admissible if this goes to trial. We don’t know if those children were or were not the Palmont children. You have suspicions, most likely accurate, but there is no physical proof.”

Berrak had been fuming already, wishing they had charged in to get the children earlier. Rovas took a firm stance against that, and Gil halfheartedly agreed. Now, in front of a waffling judge, she was ready to scream. Rovas felt this and tried to cut it off, for their sake. He knew the judge would react like this.  They had no other legal choice, even if the true legality was on the razor’s edge. He did not want to go to any length that could potentially set free Peters, if he was as guilty as Rovas believed.

“The boy and girl appear to be the right age for the middle and youngest Palmont child. There are similarities in their hair coloring and contours of their faces, adding in these five years since they were last photographed. I believe that these are those children, and that…man, are the ones we’ve sought. There is no record of either child in any form. They are not registered in any of the local schools under the name Peters. None that fit their descriptors. This is not pure conjecture.” Rovas leaned forward in his chair towards the judge. “If we don’t find a reason to get into that house, I can’t see how we will find anything out-right or wrong.”

Berrak spoke up, having calmed down enough, for her. “Judge Ackerman, I am not one for breaking the law, but if this man is the one who took the Palmont children, and these are at least two of them, we owe it to them and their parents to rescue them and return them home.” Pausing, looking to see if the Judge was leaning towards their arguments-he wasn’t-she gave them all a way to end this quagmire. “I did forget to mention to you, and I see Khazarian and the good Sargent Detective Katsaros forgot as well,” chagrined looks from the two compelled her to continue, “…that while we were strolling along that day we heard some awful noise from the vicinity of that house. The Sargent Detective told us to stay on the sidewalk while he investigated. No one came to the door when he called out, so he went around to the back of the property where he again heard that noise. Again, no one answered his knocks. I’m surprised the neighbors have not complained about that noise, if it’s repeated frequently.”

“Hmph…Berrak, what, in your estimate, made this horrible ruckus?”

Berrak had been fuming already, wishing they had charged in to get the children yesterday. Rovas took a firm stance against that, and Gil halfheartedly agreed. They knew.

Rovas and Gil both said “Neither do we” at the same time. Berrak gave a half smile.

John Peters was reluctant to let them in, even after Gil presented him with the search warrant. He introduced the Rovas’ as consultants to the police. It was Rovas belief that no one would question anything like that, after all the police procedural shows on television. He was right. Peters didn’t even seem to blink an eye at them. He was more fixated on the Sargent Detective. Gil and Rovas led the way into the house. Berrak fell in behind Peters, observing every detail of the man as she could.

“He is certainly tall and blond,” she thought.” Standing in the front room, while Gil and Rovas took in the details of the room,  she took in the details of his features. She noticed his large forehead, deep set eyes, hawk nose, and thin mouth. A chin that was barely noticeable. A few drops of sweat beaded his brow. As Gil questioned Peters about the house and it’s contents, she noticed that Peters put his hands behind his back. Moving slightly, she saw that Peters was clenching his hands. Very tightly.

They explored the front room, the hall closet, and then went down to the basement. With nothing out of the ordinary, they ignored Peters attempts to get them to leave, that there was nothing they would find, that he would call a lawyer. Gil pointed at the warrant each time. “Take it up with the judge,” he said, hoping he was throwing said judge under a bus.

From the basement, the next space they went to, with some overt reluctance from Peters, was the kitchen in the back of the house. The three of them stopped just past the doorway and stared. Rovas walked over to the back door, leading out to the back yard. Berrak, as with the rest of the search, stayed back by the kitchen entrance. All three looked up at the rope, hanging from what looked like a library rolling ladder rack that extended around the entire room.

“What do you make of this, Mr. Peters?” Rovas asked. “What could this possibly be for, in a kitchen, of all places. You are certainly tall enough to reach the top of the cabinets. And this,” he pointed towards the rope, “has very little to do with reaching any heights outside of a gymnasium.”

Gil had gone to knee and was examining the rope coiled around the floor. “Inspector,” he said, wincing at the mistake. “Mr. Rovas, there appears to be droplets along the tail end of this rope, knots and all. Dark, dry.” Gil rose. “This looks like old blood, Mr. Peters. Care to explain all this?”

Before Berrak could react, Peters spun and tried to get by her, getting tangled instead. His right arm wrapped around her neck, cutting off some of her air flow.

“I’m leaving. Now. She will get hurt if you come after us.”

In the time the two spoke, Berrak shook off the shock of the attack. She brought her low right heel down on Peters’ foot as hard as she could. His arm loosened enough for her to squat down and elbow him in the groin, and then move away. Rovas pounced. By the time Gil was able to put him in cuffs, Peters face was more than a bit bloodied.

Gil called for a wagon to pick him up, dancing around anything non-legitimate. Rovas and Berrak continued their search to the second floor. They noticed the four doors. Three led to bedrooms. Inside the third they found the boy, tied tightly to the bed in the room. The knots were expertly done and it took Berrak quite a bit to undo them. Rovas, meanwhile, had called down to Gil to get an ambulance as well.

The boy would not answer any questions. He just kept staring out of the window.

Softly, Berrak said: “Gerald. I think your name is Gerald. You have two sisters, Janice and April. We think April is here. Where are your sisters?” His eyes quickly went to the door of the room, then back to the window. His face betrayed nothing.

“Up to the attic,” he finished.

With the boy in hand, they went to the last door. It led, as he thought, to the attic. As they climbed up, the boy began to squirm and make small noises. They had turned on the light switch at the bottom of the steps,. Berrak had wished they hadn’t when she reached the landing.

The same tracks-two sets-ran along the attic room, supported by the beams. Instead of rope, here were metal chains. At the base of the chains, wound around them and padlocked, were two girls, naked. Both were filthy and undernourished. Both looked up at them, but there was little response. Neither tried to cover themselves.

“Are you Janice?” Rovas asked of the oldest looking girl. She stared at him, fear exuding from her.

The younger girl looked at her, nodded, and started to cry.

As Rovas went to find down to the bedroom to get something to cover the girls, he called the Sargent Detective as he headed back upstairs with some sheets.  “Gil. We found all three children. Alive, yes. We will need more ambulances…and a bolt cutter.”

He clicked the phone off. Berrak was holding Gerald’s hand-Rovas was positive this was Gerald Palmont, that the girls were Janice and April.  He placed  the sheets around the girls, as Berrak silently cried.

As to the Blogging from A to Z challenge, I’ll let the words of Arlee Bird (founder of said challenge) tell you what this is all about:

The brainchild of Arlee Bird, at Tossing it Out, the A to Z Challenge is posting every day in April except Sundays (we get those off for good behavior.) And since there are 26 days, that matches the 26 letters of the alphabet. On April 1, blog about something that begins with the letter “A.” April 2 is “B,” April 4 is “C,” and so on. You can use a theme for the month or go random – just as long as it matches the letter of the alphabet for the day.

The A to Z Challenge is a great way to get into the blogging habit and make new friends.

So, join me (and the over 1800 other blogs involved) starting on Friday, April 1, 2016 and ending on Saturday, April 30th. Comments and such are always welcome. I hope you enjoy the stories.