** New Readers to this challenge: This is a serialized, continuous work. Please start with the first piece, Abysmally Yours. The AtoZ Blog Challenge began April 1st; ends April 30th. Thank you. 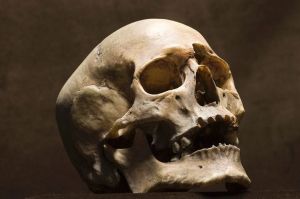 Shadows edged their way throughout the shoppe,  pockets that swalowed light. The Shopkeeper would try to rearrange the lighting, add more fixtures, but nothing stuck: what was in the light remained so; the rest was shadows’ realm. The far corner held a shadow so complete that nothing affected it for more than a few moments. The Shopkeeper normally kept her distance, her peripherial vision always alert.

She made her rounds, dusting dollhouses, counters, display cases, and cabinets, in a grid pattern. She was careful in her dusting normally, but her experience with the woman whose mouth was covered, the devout way she used her personal brush on her temple, made an impression on the Shopkeeper.

Time passed. The shopkeeper stood at the side wall, off the left of her workstation, and realized she had not cleaned inside the largely locked cabinet in quite some time. Searching her apron pockets, the could not find the key that would unlock the door. She left the floor, positive she had hung it from the key hook in her back room. She walked behind her counter, hung up her duster, and went in search of the key.

Yes, the key was hung by its own ring, on top of a series of keys that unlocked other things. Taking it down and placing it in her pocket, the Shopkeeper heard a noise just outside of her room. A tap, tap, tapping against the glass. “Not now,” she muttered, knowing what it was, knowing she had not heard the front door open nor the door chime tinkle.

Stepping over the threshold, she turned and saw that the Unfolding Doll was leaning against the glass of the large curio cabinet. Its knife was making the sound, the tap, tap, tapping.  The hand of fine linen clutched the handle, letting the tip of the blade make the noise. The doll was all in white this time, delicate lace enclosed wrists led to the white sleeves, attached to a white lace bodice, finished off with a white linen skirt that fell almost to its ankles. The black buttons in the place where eyes would have been being fixed on one thing in particular in the locked display.  Its black ringlets were tossled, adding a wild contrast to the rest of its attire. Yet, it suited the blade.

The Unfolding Doll turned its head in the direction of The Shopkeeper, the tapping continuing. “Please, stop,” the Shopkeeper asked, reaching to her right where her broom was propped against the wall. Surprisingly, the noise did cease. The Shopkeeper sighed, took the key out of her pocket and waited until the knife was gone.

Walking forward, key in hand, the Unfolding Doll took a step away. Its button eyes did not move from what it was fixated on. The Shopkeeper inserted the key, turned and unlocked the large glass door, and gently opened it.

Inside stood the multi-tiered Wall of Death, a miniature presentation of the Conservatoire d’épouvante Maison De Poupée. Skull after skull adorned the replica wall, each with its placard, in tiny print, the matter of death that was the story of each individual whose brainpan was showcased. At present, there were seven shelves with six neurocraniums displayed, most of them complete, a few with cranial abrasions or missing pieces.

The Doll stepped up and gazed solely on one skull, second shelf from the top, first one to the left. The Shopkeeper quietly moved behind and to its side. She pointed at it, reading the sign: Sigurd the Mighty. The Unfolding Doll appeared to relax, enough so that the Shopkeeper knew it was this that drew the doll’s attention.

Focussing solely on Sigurd, the Shopkeeper channeled her emotional energy on the object, as she had done before with other skulls. For her, it was the only way to unlock its story.

A deep male voice came from the cabinet.

40 men fought with me; 40 fought against. Their leader, Mael Brigte the Bucktoothed, refused to bend knee to me and my king, my brother, the rightful ruler of Norway. I had conquered all of this northern land of the Britains, this pissant of a leader being the last to stand in my way. He and his fought for his land; I and mine fought for our King.

Both sides were able, I will give Bucktooth that. Yet, his men had not fought battle after battle, did not have the true knowledge of those they fought with and their capabilities. My 40 cut down them all to a man. Mael put up a great fight, but he was still no match; I had not been called Riki, The Mighty.

Shattering his knees with my mace, I drew my long sword, releasing his life force with blow after blow. Down went Mael Brigte, down the Bucktoothed, and the remainder of his men still standing lost hope, and they followed him down, to let the ground feed off of their blood.

While my men took their spoils, I took Mael’s head, tying it up to hang off my horses’ saddle. This was a trophy for my king, a show that this northern land was mine, and in its way, the king’s as well. We rode away from the slaughter, making our way back, knowing many days were still ahead of us. At nightfall, around the fire, it was made notice that I had a series of large scratch marks on the outer part of my leg. I had felt some pain, ignoring it as we rode having just left a battle. We passed around the skins of wine and none feeling anything after a while.

As I made to mount in the morning, I found Mael Brigte’s head looking at me. It seemed it was smiling, but it was only his buckteeth sticking out, his mouth frozen in an open grimace. The mouth and teeth were red, but I would be damned if cleaning the head was going to happen.

The road back was uneven, and my horse stumbled now and then. Each time it did, the head of Mael banged into my leg, a few of those times I felt pain. I kept one eye on the path, one eye on the head. A hole in the ground almost caused the horse to drop, but it righted itself well. Yet, eye on the trophy, I saw that the buckteeth of my foe had bounced far away and returned, scoring my leg. Blood pooled down my calf and was soaking my footwear.

When we finally stopped, the pain in my leg was so wretched that I at first limped to the campsite, nearly falling into the fire. I tried to sleep, but the pain was absolute. I was sweating, shaking, and when one of my men tried to help he touched the area where it hurt the most. He drew his hand away sharply, saying that the leg felt like a winter stove. He rubbed his hand in the dirt. I had been going in and out of being awake. I thought he said that there was something slimy coming from that spot on my leg, and there was a horrible smell being emitted. I passed out and remained so until the morning.

My men had to bring me to my horse and saddle me. I heard the complaints of a smell, and evil looks were given to my leg but the glances were swift. Everyone mounted, and we continued on. The path remained uneven, the head of Mael Brigte scored my leg again and again. Towards the setting of the sun, a day and a half away from our home, I fell off my horse, already dead before I left the saddle.

This is my story told. Leave me be.

The Shopkeeper revived herself, awareness flooding back into the shoppe. The Unfolding Doll was not there. It was walking down the aisleway, tapping every now and then with its knife. The doll headed to the far right corner and the shadow. Stopping just before it, the Unfolding Doll turned to look in the Shopkeeper’s direction. Walking backward, it folded itself into the shadow and was gone.

Dusting the skulls was needed, and dust she did. A few of the skulls reached out to her, wanting to tell their story.

“Hush. Not now, please,” she gently quieted them down. “There is always time for more.” Finished, she took the key out of her pocket, locked the cabinet door, and returned to her back room. She hung the key back on the hook with all the other keys.

She smelled something. On the small dining table was a freshly baked scone, clotted cream, and raspberry jam. Next to it was a steaming cup of tea. She picked it up to take a sip: yes. She “mmmmmm”‘d as she folded herself into her padded chair. Thai High Mountain Oolong, a fresh scone. The Shopkeeper sipped, nibbled, and smiled.

During the month of April 2018, the challenge requires that we write 26 posts, starting with the letter A on April 1st (yes, it’s not an April Fool’s Day joke) and ending with Z on Monday, April 30th. A week or so later, there will be a reflection post that will wrap up this experience, for me as well as my readers.

*I’ve decided to reblog past Abysmal Dollhouse stories on Sundays since we’re not required to write those days. The reblog will not correspond to any specific letter. Just thought you might enjoy some of the previous entries that I’m fond of.

Sigurd the Mighty is part of Bizarre Viking Deaths. No joke. I came across his story years ago and always wanted to do something with it. Well, here you go.

As to the Wall of Death, if you ever go to Philadelphia, there is the Mutter Museum of the College of Physicians. A very bizarre place to have a first date, but it’s what she wanted to do. There is a wall of skulls. I just took it a step further. I always thought this was an appendix to the “normal” Abysmal Dollhouse tales, but I’m glad I wrote this one for the AtoZ. Hope you enjoyed.