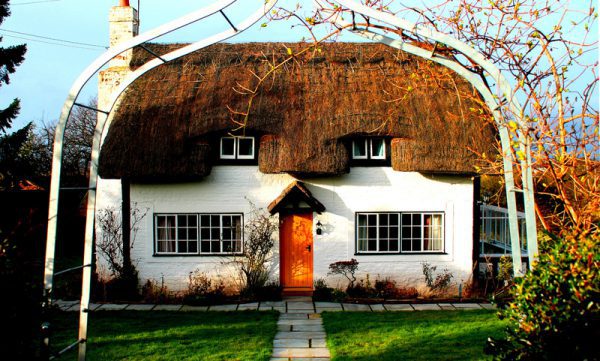 Exorcizamus te, omnis immundus spiritus, omnis satanica potestas, et secta diabolica…
The exorcism was conducted three times by three priests: two blessed by Rome, one who got his degree online. Exhausted, the three stood, facing the evil abode. It looked down on them with disdained amusement.

The Arbor of Solomon they constructed trapped and halted the spread of its demonic ways. Before they came, it got the Weeping Willows, red droplets pooling around the roots. Mrs. Alto’s Victory Garden ate her dog, three cats, and the mailman’s left leg. Shrubbery wilted, foundations cracked, and Vampiric chipmunks invaded. Subverting the Women’s Weekly Book Club was the step too far; hence, the Exorcists.

After a quick call to the Vatican, all three packed up their bags and began to leave. The Online Priest pulled a sign from his bag, driving the stake into the thorn-laden lawn.

The above little bit is from a Prompt Contest that was created (and is run by) Jo at A Creative PTSD Gal.  I “met” her during the AtoZ Blog Challenge. The rules are simple: the photo, above, is your prompt. Limit your story to 150 words exactly. This is a contest: if you decide to join in, there is a form provided by way of the link above. Jo says: “This could be in any genre you like, non-fiction, fiction or what strikes your fancy…”

I just had fun with this. Originally wrote 188 words and had to edit it down. People who know me know I hate to edit, but I do follow rules. Usually. For the most part. When they make sense to me.