“I suppose all fictional characters, especially in adventure or heroic fiction, at the end of the day are our dreams about ourselves. And sometimes they can be really revealing.”
Alan Moore

“The act of writing is a way of tricking yourself into revealing something that you would never consciously put into the world. Sometimes I’m shocked by the deeply personal things I’ve put into books without realizing it.”
Chuck Palahniuk

I started Tale Spinning in January of 2011. April happened, and I discovered the AtoZ Blog Challenge. It has been a path I’ve taken just about every April since then (I didn’t participate twice; life, y’ know?).

When I sign up, I rarely know what I’m going to tackle by Theme Reveal Day. I’ll have an underlying theme title, maybe, and let the story/characters/ideas take over once we come very close to the start on April 1st.

Last year’s story, A Car in the Woods, began as one idea and morphed into something completely different by the third post. Some of that came from comments from the readers (comments ARE important); the rest of it, the characters spoke up and made the story-line happen. This year could be the same. Won’t know until we get there.

So, my AtoZ Challenge Theme Reveal is… 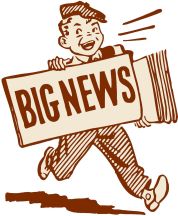 I was taking one of my walks. 6,000 steps into Tom Waits soul (which is a cool theme idea unto itself). His songs propelled me along. Somewhere along my route Innocent When You Dream starts playing. Through my headphones, I really HEAR everything that Waits is pouring out, laying his thoughts and feelings down for anyone who will listen, to experience.

The song, like others of his, stops me. I replay it a few times. Then a few more times. The words moved me while I stood still.

I’m a bit twisted, for those who’ve never read my writing before. For me, going in the opposite direction from a jumping-off point is kind of my norm.  Hence, Innocent When You Dream rolled into Nightmares for Unbleached Souls.

Thank you, Mr. Waits. For all the words and music. For being my muse for this challenge.

I have my initial AtoZ list of nightmares/phobias (which most likely will change as I write during the month). I’m still debating the form this will take. Right now, I am contemplating:

#1 seems to hold my attention more, and I think it fits with how I came to this AtoZ Theme: Tom Waits songs.

YOU can still join in. Visit the Blogging from A to Z home page. Take a gander at the Master List and Theme Reveal pages to see who is already participating. As I’ve mentioned before, it is not just creative writing. Non-fiction postings sit next to photography a day, parent advice blogs, poetry, and so on.

Thanks. I hope you’ll enjoy what’s coming to Tale Spinning.

Driving Into The Sun

Pushing past the limits; Downshift to take it high
The glaring prism breaks the pain
That’s everywhere as we scream
We’re lifted off the ground
We’re driving into the sun.

Are you still with me?
I really can not tell
Not sure if I care or not
It’s all a blur as we ascend
We’re driving into the sun

We’re driving into the sun.